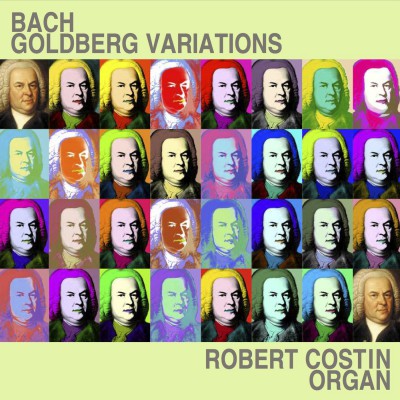 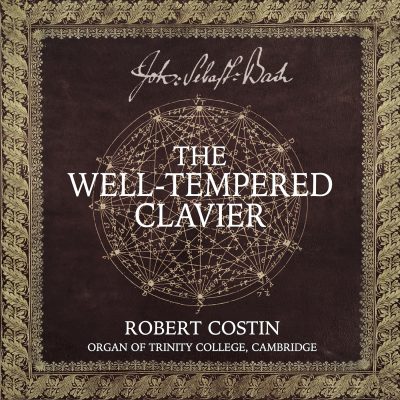 Robert Costin’s new record is highly successful. The Six Trio Sonatas conveniently ‘fit’ a CD, so it is valuable to have them ‘all in one place’ so to speak, more so in such well-conceived and executed performances as these. In terms of tempos and registration, I have no complaint, but what makes this recording additionally stand out is Costin’s admirable phrasing, which points the nature of Bach’s invention so well. The clarity of the slightly recessed sound in the recording is an added bonus, and I would cite the Adagio and Allegro movements of the E flat major Sonata, BWV 525 as being amongst the best examples of this new release. ***** (The Organ)

This superb recording might be considered as Cambridge’s equivalent of Robert Quinney’s acclaimed recording of these pieces at The Queen’s College, Oxford. Costin’s playing is consistently excellent; articulation is clear and sensitive, tempi finely balanced, and the character of each movement is beautifully conveyed. Quick movements sparkle with energy and wit, while the slow movements have a gentle but insistent quality that holds the listener’s attention throughout. The order of performance works well, offering contrasts that would not have been apparent in a numerical ordering. Sonata no.5 make a fine opening; the crispness and vitality of the broken-chord figures at the beginning of the first movement draw the listener in immediately. Costin’s performance of Sonata no.6 is a particular delight; the sprightly tempo, bright registration and precise articulation create a luminosity that belies its technical complexity. The slow movement is given a spacious, almost plaintive account, while the jaunty angularity of the final movement is conveyed with subtle humour. The Pembroke College organ is an inspired choice; the clarity and brightness of its flue stops suits the fast movements superbly, while the judicious use of the tremulant in some slow movements is most effective. Overall, the organ has a gentleness that helps capture the intimacy of these wonderful works. Costin’s programme notes are informative and well-written and the booklet includes the specification of the instrument and a photograph showing its elegant situation in the Chapel (Organists’ Review)

This is the second organ recital disc for Stone Records by Robert Costin, Director of Music at Ardingly College, the first being the Goldberg Variations (see OCJ 2013-3). Once again, Costin plays the Pembroke College, Cambridge, organ, a period instrument containing some Father Smith pipework and reconstructed by Mander in 1980. It is eminently suited to the repertoire. Bach’s Trio Sonatas, written for Wilhelm Friedemann to instruct him in organ playing and composition, demand equality and independence of hands and feet if their musical riches are to be fully realised. This, Costin largely achieves with a strong and sensitive interpretation. I found this a most enjoyable performance. (Organ Club)

This one is most enjoyable and catches the spirit of this music very well. Robert Costin generally chooses lively tempi and often sparkling registrations for outer movements, with good clarity and balance … slow movements use the beautiful flutes of the Pembroke organ … Excellent recording quality and notes … this disc certainly demonstrates his fine musicianship. **** (Choir and Organ)

Robert Costin is well known to New Zealand audiences, having worked as the Assistant Director of Music at the Wellington Cathedral of St Paul and later as interim Director of Music of Holy Trinity Cathedral, Auckland – not to mention the fine recordings he has made here in New Zealand and the countless recitals over the years. It was with some trepidation that I loaded this CD into my player – this is music I know so well and adore as a performer myself, and hearing music that has become such an integral part of my own performing and teaching career performed by someone else can be quite an alienating experience. My anxiety increased when the puritanical side of me noted that sonatas were presented out of their sequential order – the disc opens with Sonata 5 in C major BWV 529 instead of Sonata 1 as you might expect. My fears were quickly allayed on hearing the first few bars of the Allegro – my pulse quickened as I was swept away in the astounding music and Costin’s virtuosic performance. Bach’s trio sonatas are, in my experience, amongst the most challenging but equally rewarding music an organist can play – maintaining the three independent voices requires immense physical control and mental ability. Throughout this disc Robert always maintains composure and command of the instrument, occasionally pushing the boundaries of being out of control – but for me this adds to the drama of the music, and brings you closer to the experience of a live performance. Interestingly, my favourite recording of the Trio Sonatas is not performed on the organ – but by string players – the recording by London Baroque on the BIS label. Hearing the music performed by three musicians instead of one organist really challenged the way I view and perform the works, and reshaped my own phrasing and interpretation. It is rare to find an organ recording that defines each voice as a separate entity as clearly as when performed by individual musicians – but Costin succeeds admirably in doing this. The ever important feeling of dance in the music of Bach is present throughout. The quality of the audio recording and production is equally superb – the balance of direct sound from the organ to the acoustics of the room is perfectly judged. As a recording engineer myself I am always faced with the tough decision about how much extraneous noise should be removed from the audio – it is now relatively simple to remove the sound of page turns, car alarms etc. from the recording with sophisticated software. I am delighted that the engineer didn’t feel the urge to remove the sound of page turns, coughs and pedal noise from this recording, making the listening experience that much more human and visceral. In writing this I tried hard to find some fault – no matter how small – to make this review more balanced. The best I can say is that the performances are not perfect and air-brushed recordings – but this only makes them in turn feel more intimate, exhilarating and impassioned. I heartily recommend this CD – even if you already own numerous recordings of these works! (NZ Organ News)