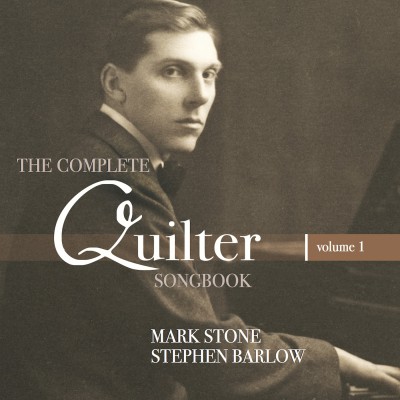 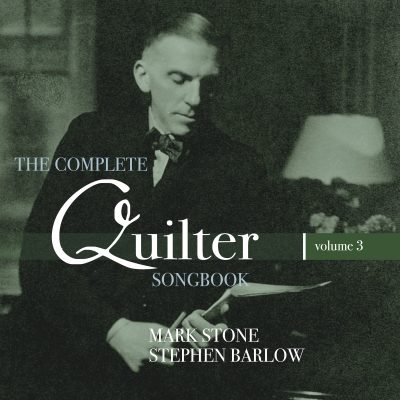 The second disc in a four-disc series that will comprise the first complete recording of the songs of Roger Quilter (1877-1953).

The talented baritone Mark Stone adds another fine disc to his discography. Once again, the range of colour and dynamic in his singing is impressive, precisely geared to the words of each song. In every way this is an English equivalent to German Lieder or French mélodie. Roger Quilter is an extraordinary composer. Born into a wealthy family, he was a delicate child and ill health dogged him throughout his life. He was educated at Eton but never had any idea of trying to earn a living. It did not help that he was homosexual, at a time when any gay activity was strictly illegal. Nonetheless, he was wealthy enough to leave his parents’ apartment and set up on his own nearby in Mayfair, devoting his whole life to writing songs, 38 of which are on this second disc (of four) in Stone’s ‘Complete Quilter Songbook’. Going from one song to another is a delight. It reminds me that Quilter’s songs were favourites with the great Jessye Norman, drawing out her great ranger of expression in their easy lyricism and easy freshness. When each song is so delightful it is hard to pick out particular examples, except that Quilter’s love of poets of the 17th century – Herrick, Suckling, Lovelace etc – drew out some of his finest inspirations. As in previous discs from Mark Stone, Stephen Barlow in his accompaniments matches his partner perfectly. (Gramophone).

Quilter’s songs feature in may English song recitals, but this second volume of Mark Stone and Stephen Barlow’s excellent complete edition confirms that they’re more than mere programme fillers. This wealthy Old Etonian might be mistaken for a patrician amateur, but he was a serious musician who studied in Germany alongside Percy Grainger and others, and wrote successful operas, light music, and more than a hundred songs. Heard together, their individuality becomes more evident, sprightly and limpidly lyrical in a characteristically Edwardian manner; they influenced Philip ‘Peter Warlock’ Heseltine and others. They lack Vaughan Williams’s dynamic originality, perhaps, yet they have deeply felt undercurrents, sometimes a melancholy hinting at Quilter’s ill health, repressed sexuality and mental decline after his nephew’s murder in World War Two. They’re mostly strongest when they emory Quilter’s response to some already power poetry, from Shakespeare and the Earl of Rochester to Byron, Blake and Keats; Quilter’s own early lyrics sound distinctly weedy. The concluding Herrick sequence To Julia is particularly good. Stone’s high. slightly grainy baritone and incisive diction deliver Quilter’s often long, soaring lines with compelling fervour, and Barlow’s fluent accompaniment is the opposite of the dreaded effete tinkling sometimes inflicted on these songs. **** **** (BBC Music)

This second of four discs will be the first complete recording of the songs of Roger Quilter (1877-1953). As well as setting Blake, Byron, Keats, Binyon and the Earl of Rochester, the Sussex-born composer also wrote some of his own texts, sometimes using a pseudonym. The mood of these songs is wistful, fairly conventional and often with intricate piano parts, elegantly played by Stephen Barlow. Mark Stone’s performances are assured and persuasive … this Volume 2 is full of pleasures, not least the song cycle To Julia, to poems of Robert Herrick. (Observer)