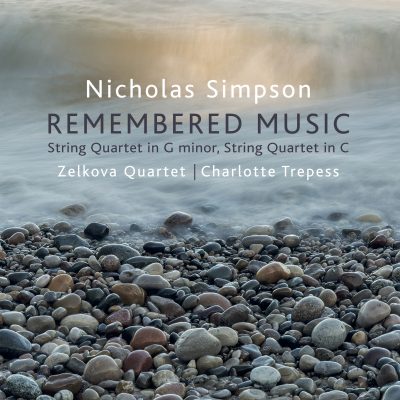 Charlotte Trepess recently completed her postgraduate studies at the Royal Northern College of Music in Manchester, where she studied with Sarah Rhodes, and now studies with Mary Plazas. She is 2017 RNCM Gold Medal Winner, as well as winner of the 2017 Elizabeth Harwood Prize and 2016 Frederic Cox Award. Throughout her studies Charlotte was generously supported by the Mona McGlone Award, Richard Newitt Fund, the Hilda Collens Award, a Dame Eva Turner Scholarship, and a Kate Snape Scholarship. Roles at the RNCM included Despina (Cosi Fan Tutte), directed by Thomas Guthrie, Gabrielle (La Vie Parisienne), and Pamina (The Magic Flute). Role excerpts included Ilia (Idomeneo), Die Baronin (Der Wildschutz) and Sandrina (La Finta Giadiniera). In 2013 Charlotte made her Opera North debut as Emmie in Giles Havergal’s production of Albert Herring. Work with other companies include Athole Still Opera (Flora cover, Turn of the Screw) Nevill Holt Opera (Chorus, Carmen), Longborough Festival Opera (Noble Page, Tannhauser), and most recently Buxton Festival Opera in 2017 and 2018, where she performed in the chorus for Verdi’s Macbeth and Alzira, as well as covering Giunia in Lucio Silla and Elettra in Idomeneo. Charlotte is a member of early music ensemble Sestina in Northern Ireland, and performed the title role in Handel’s Theodora with them and the Irish Baroque Orchestra in 2018. Charlotte is performing the role of Israelite Woman in Handel’s Esther with the IBO in April 2019. Charlotte also returns to Opera North this year in a children’s production of The Mini Magic Flute, as well as joining Garsington Festival as an Alvarez Young Artist, performing in Offenbach’s Fantasio, and covering Esmeralda in The Bartered Bride. Charlotte took her undergraduate studies at the University of Manchester, where she was awarded the Sydney Chaffers Scholarship. In her third year she performed the title role in Handel’s Semele in the university’s first fully staged opera. Other productions included Gretel in Silk Opera’s production of Hansel and Gretel, and Cupid in Blow’s Venus and Adonis. Charlotte is a Samling Artist, and will be a Concordia Artist from 2019. She has recently performed in recital at the Purcell Room, and in concert with the Fibonacci Sequence at Buxton Festival. Charlotte has worked numerous times with the BBC Philharmonic, featuring on a CD of William Alwyn’s film music with the orchestra, released with Chandos Records. Other recent recordings include a CD featuring the music of Matthew Dubourg with the IBO, and soloist alongside the Zelkova Quartet on a disc of music by composer Nicholas Simpson. Charlotte has worked with Opera North Education, Concordia Foundation outreach, and the Royal Opera House Opera Dots in various education/outreach projects. Charlotte is also a member of the BBC Daily Service Singers, and a deputy for the BBC Singers and Gabrieli Consort.