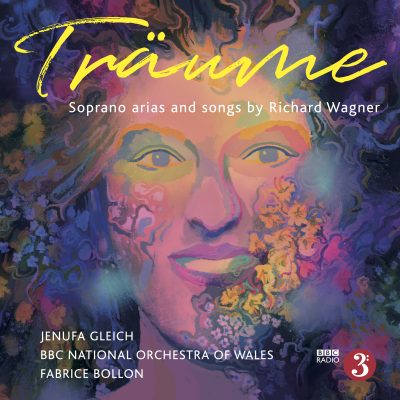 After many years focussing on the dramatic bel canto repertoire, Jenufa Gleich changed her fach to the dramatic Germanic Repertoire, with a focus on Wagner.  Recent performances included her Hong Kong Philharmonic debut, under the baton of Jaap Van Zweden, singing Third Norn from Götterdämmerung, and recording it for NAXOS as part of their Ring Cycle.

Jenufa Gleich made her Wagner debut in Longborough Festival Opera’s Ring Cycle conducted by Anthony Negus, where she appeared in the following roles: Helmwige (Die Walküre), Freia (Das Rheingold) and Third Norn (Götterdämmerung). She also covered the role of Sieglinde (Die Walküre). For The Mastersingers Wagner Society of London she also appeared as Third Norn, and Leonora in Maggio Musicale Opera Fiorentino’s Symposium Series on Fidelio in Florence, Italy.

Other recent engagements include covering the title role in Turandot with the Puccini Festival in Torre del Lago at the Teatro Verdi in Pisa, conducted by Valerio Galli, the role of Selika in L’Africaine with The Opera Orchestra of New York at Avery Fischer Hall with Eve Queler conducting, Queen Elisabeth in Roberto Devereux with Opera Holland Park with Bonynge conducting, and Jenny in The Rise and Fall of the City of Mahagonny with Teatro Goldoni in Livorno, Italy, conducted by Jonathan Webb and directed by Alessio Pizzech.

She sang the world premiere of ‘The Last Leaf’ written by Gary Papach, where she created the role of ‘Sue’ with the North Czech Philharmonic  Another world premiere was with the Queens Symphony Orchestra under the baton of Arthur Fagen with Leonard Lehrman’s ‘Licht im Dunkel’.