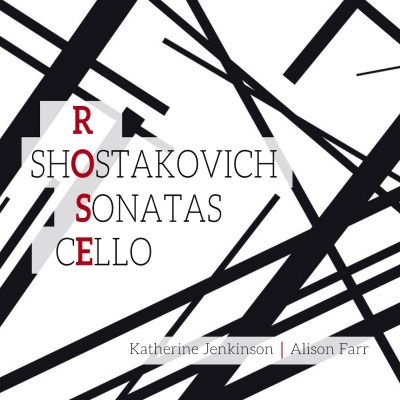 Katherine Jenkinson is recognised as one of the UK’s leading cellists specialising in solo and chamber music. The Independent newspaper recently praised her ‘[…] techncal security backed up by rare musical sensitivity’. She has performed as recitalist and concerto soloist throughout Europe, In Africa, USA and Asia and has even performed the Dvorak Cello Concerto outside in the sweltering heat of The Seychelles. Katherine gave her Wigmore Hall debut in 2004 with duo partner Alison Farr with whom she continues to perform. In January 2018, the duo will record a new sonata by the American composer, Lawrie Rose.

In summer 2017, Katherine had the privilege of recording a new cello concerto with The Royal Philharmonic Orchestra which was written for her by the British composer, Oliver Davis. This is due to be released in February 2018. Other recent recordings (2016/2017) include Kodaly Duo and Dohnanyi Serenade on the Resonus Label with violinist, Simon Smith.

She was musically educated at the Royal Academy of Music under Colin Carr and David Strange. There she gained a first class degree, a distinction in performance and the acclaimed Dip RAM. She has since been privileged to become an Associate of this institution (ARAM).

Chamber music is a key part of Katherine’s musical life. She was a founder member of The Rautio Piano Trio, and was a member of The Allegri String Quartet 2008-2011 and Iuventus Quartet and Ensemble. In Contemporary music, Katherine has worked closely with composers, ArvoPärt, Anthony Payne, Richard Allain and Thomas Hyde.

Katherine has taught performance classes and been an adjudicator at the Royal Academy of Music, given masterclasses at Trinity Laban (as part of the International String Quartet Festival), Kazan Conservatory (Russia), at the Music Conservatory in Kazakhstan as well as Junior Guildhall and Junior Academy.

Katherine plays on an Italian cello by Taningardi made in 1703. She is grateful to the Countess of Munster for their help in the purchase and restoration of this cello