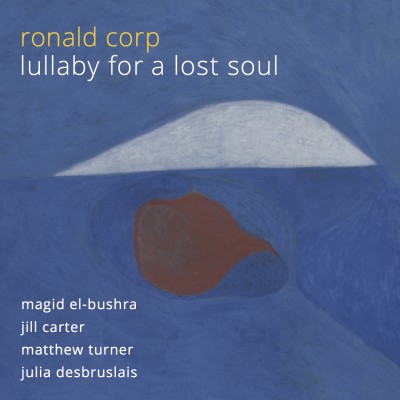 Magid El-Bushra was a recipient of a 2011 Royal Philharmonic Society Susan Chilcott Scholarship. A countertenor, who was born in Khartoum, Sudan and studied Music at Magdalen College, Oxford, where he also held a Choral Scholarship, he continued his studies at the Royal College of Music, where he was a winner of the Century Prize for Early Music, and at the Flanders Opera Studio in Ghent. He currently studies with Paul Farrington and Della Jones, and is a grateful recipient of scholarships from Sir Vernon Ellis and the Nicholas Boas Charitable Trust.

In opera, Magid has performed the Sorceress in Purcell’s Dido and Aeneas with Opera Fuoco/David Stern at the Amsterdam Concertgebouw and at the Théâtre des Champs Elysées in Paris, as well as the role of David in a staged production of Handel’s oratorio Saul at the Oldenburgisches Staatstheater (conducted by Andreas Spering).  He made his debut with Glyndebourne on Tour as Nutrice in Monteverdi’s L’Incoronazione di Poppea (2010), and has covered the roles of Mago Christiano (Rinaldo) and Nireno (Giulio Cesare) for Glyndebourne Festival Opera (2011/2009). In 2010, he created the role of Little Ceasar in the pastiche opera Nachtwache at the Oldenburgisches Staatstheater to great reviews (the production was  revived in 2012), and performed the role of Primo Uomo in another pastiche opera, Le Convenienze ed Inconvenienze Teatrali, at the Opéra de Rouen. He has also performed the role of Tolomeo in a version of Handel’s Giulio Cesare for young people at the Théâtre Saint Quentin, Paris, with Opera Fuoco/David Stern, Tragedia/Dafne in Caccini’s Euridice with Scherzi Musicali/Nicolas Achten (recorded for Ricercar and awarded 5 Diapasons), and appeared in Monteverdi’s L’Orfeo with Les Arts Florissants/William Christie at the Teatro Real, Madrid.

As a soloist in the oratorio repertoire, Magid has performed Handel’s Chapel Royal Anthems with the Basel Kammerorchester directed by Paul Goodwin; Pergolesi’s Stabat Mater at the Casa Da Musica, Porto under the direction of Laurence Cummings and in Auxerre with Ensemble La Fenice/Jean Tubéry; Buxtehude’s Das Jüngste Gericht with Masaaki Suzuki in Japan; Bach’s Mass in G and Mass in A with Ensemble Pygmalion at the Festival de la Chaise Dieu (recorded for Alpha and awarded Diapason d’Or de l’Année 2008), and the premiere of Klaus Huber’s Miserere Hominibus at the Opéra Bastille, Paris with Les Jeunes Solistes. He has also recorded the Pie Jesu in the Requiem by Duruflé for Harmonia Mundi.

Magid has given several recitals at the Bijloke concert hall in Ghent, most recently of Byrd consort songs with the viol consort Phantasm (following on from the recital of English lute songs he gave  there in 2010). He has also given a recital of English folksongs at the Snape Maltings concert hall in Aldeburgh, as well as the premiere of Robert Platz’ song cycle Boutaden for the Westdeutsche Rundfunk in Cologne.

He participated in the Britten-Pears Young Artist Programme, performing the role of David in Handel’s Saul at the Aldeburgh Festival under the direction of Richard Egarr in 2010. He has also participated in Malcolm Martineau’s song masterclasses at Crear, and in masterclasses with Ann Murray, Graham Johnson and Emma Kirkby. In November 2008, Magid won first prize at the Concorso Musica Sacra in Rome, and, with his baroque ensemble La Sfera Musicale, was a prizewinner at the international early music competitions in Brugges and Yamanashi.

This season sees the revival of Handel’s Saul in Oldenburg and Heilbronn, concerts in De Bijloke, Ghent, and the Utrecht Early Music Festival, and Magid’s first concert in North America, at the Montréal Bach Festival.