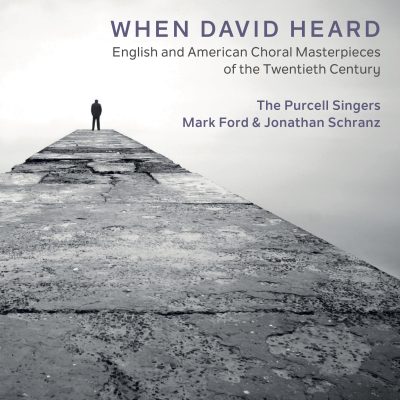 One of London’s leading chamber choirs, The Purcell Singers was formed in 1994 by conductor and pianist Mark Ford. The group has performed extensively in London venues including St Martin-in-the- Fields, Southwark and St Paul’s Cathedrals, St John’s Smith Square, the Royal Albert Hall and the Queen Elizabeth Hall, as well as across the UK at the Hurst and Howden Festivals, St Albans Cathedral, Symphony Hall in Birmingham and the Brighton Festival, where the choir was awarded ‘Best Classical Performance’. The choir has also toured internationally, performing at the Langen Festival in Frankfurt, in Perugia, Italy, and several times across the Picardie region in France, with L’Orchestre de Picardie and the Orchestre de l’Opéra de Rouen Haute-Normandie. The choir’s President is Sarah Walker CBE. The ensemble’s repertoire is wide, ranging from Gibbons to Tavener via Bach, Howells, Poulenc, Barber and Britten, and the group has developed a particular reputation for championing unusual late romantic works, notably those of the German composer Georg Schumann. The choir has recorded five classical albums, including two première discs of works by Georg Schumann, the first of which was Gramophone Magazine’s Critics’ Choice in January 2002, and the second also described as a “hugely impressive disc” (Gramophone). These recordings have been frequently broadcast on the radio, and the choir has appeared on television. Also active in session work, the choir can be heard on the cast album of Mary Poppins (the original West End production). Additionally, the choir has recorded several discs for film and television at Angel Studios, as well as numerous film trailers at Abbey Road and Air Studios. These tracks can be heard on the trailers for films such as King Kong, War of the Worlds, The Island, The Da Vinci Code, and Spider-man 3. The choir also recorded Hans Zimmer’s soundtrack for Madagascar 2 and some numbers for the West End production of Flashdance – The Musical.