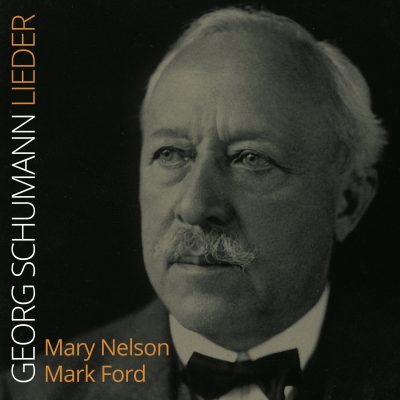 Mary Nelson made her debut with English National Opera singing the role of ‘Woodnymph’ in Dvorák’s Rusalka and rejoined the company to sing ‘Amor’ in Orpheus and Eurydice and ‘Belinda’ in Dido and Aeneas. In addition, she has sung the roles of ‘Carolina’ in Cimarosa’s A Secret Marriage for Opera North, ‘Gilda’ in Rigoletto and ‘Micaela’ in Carmen for Castleward Opera and has appeared in the role of ‘Echo’ in a concert performance of Ariadne auf Naxos at the Barbican with the City of London Sinfonia conducted by Richard Hickox, all to critical acclaim. She also sang Poulenc’s Gloria and Faure’s La Fête Étrange at the Royal Opera House.

Mary Nelson was subsequently appointed as a company principal with English National Opera. Her roles included ‘Susanna’ in The Marriage of Figaro, ‘Pamina’ in The Magic Flute, ‘Dalinda’ in Ariodante (directed by David Alden), ‘Atalanta’ in Xerxes (directed by Nicholas Hytner), ‘Trash’ in The Fairy Queen (including performances in the Gran Teatre del Liceu in Barcelona), and ‘Lucia’ in the new David McVicar production of The Rape of Lucretia for ENO and the Aldeburgh Festival, which was also broadcast on BBC 2 and Radio 3. Other roles include ‘Ismene’ in Mitridate for the Classical Opera Comapany and Piacere in Il trionfo del Tempo e de Disinganno for The Early Opera Company.

An experienced oratorio and concert soloist, Mary has performed Mozart’s Requiem and Bach’s St. Matthew Passion with the City of London Sinfonia at the Barbican, Vivaldi’s La Senna Festeggiante with The King’s Consort in The Netherlands and Spain, Purcell’s Dido and Aeneas and Handel’s Gloria with the Irish Chamber Orchestra and Bach’s St. John Passion with the Orchestra of the Age of Enlightenment. In addition she has performed Mozart’s C Minor Mass, Bach’s Magnificat and Vivaldi’s Gloria with the English Chamber Orchestra, Handel’s Messiah with the Bournemouth Symphony Orchestra, Orff’s Carmina Burana with the Royal Scottish National Orchestra and Handel’s Athalia with the Scottish Chamber Orchestra. Engagements have also included performances of Handel’s Alexander’s Feast with the Music of the Baroque in Chicago, Mozart’s Requiem with the Halle in The Bridgewater Hall in Manchester, Mozart’s Regina Coeli with The Academy of Ancient Music, Brahm’s Requiem with the Dutch Radio Symphony Orchestra, Hansel and Gretel and Mendelssohn’s A Midsummer Nights Dream for the BBC Proms, Caldara and Vivaldi cantatas with La Serinissima in Spain, Mozart’s Exsultate Jubilate and Mahler’s Fourth Symphony with the Tenerife Symphony Orchestra, Faure’s Requiem with the Northern Sinfonia, Handel’s Messiah with the Brno Philharmonic and Britten’s Les Illuminations with the Israel Camerata. Conductors she has worked with include Nicholas McGegan, Thierry Fischer, Christian Curnyn, Jane Glover, Kenneth Montgomery, Richard Hickox, Takuo Yuasa, Paul Daniel, Harry Christophers, Harry Bicket and John Nelson.

An experienced recitalist, Mary has given concerts at the Wigmore Hall, Purcell Room, the Honiton, Chester, Gower, Cambridge festivals and Queen’s Festival, Belfast. She also recently undertook a recital tour of Argentina to great critical acclaim. Her recordings include Vivaldi Cantatas with The Band of Instruments, Mendelssohn’s Symphony 2 and Sacred Music by Georg Schumann.

Recent and forthcoming engagements include Strauss’ Four Last Songs with the Ulster Youth Orchestra, ‘Pamina’ in The Magic Flute for English National Opera, ‘Nedda’ in I Pagliacci for Stanley Hall Opera, Elijah with the Cheltenham Bach Choir, Haydn’s Creation with the Prague Philharmonic and Jakub Hrusa, Orfeo and Eurydice and Judas Maccabeus at the Cadogen Hall, Messiah in Gloucester Cathedral ,Rossini’s Stabat Mater and Haydn’s Scena di Berenice with the Ulster Orchestra, Vivaldi’s Catone in Venice, Haydn’s Lo Speziale with the Israel Camerata, Pergolesi’s Stabet Mater with Monica Huggett and the Irish Baroque Orchestra, Mahler’s Fourth Symphony with the RTE Symphony Orchestra and a CD recording of Georg Schumann Lieder.

In 2015, Mary became a Professor of Singing at the Royal Academy of Music.