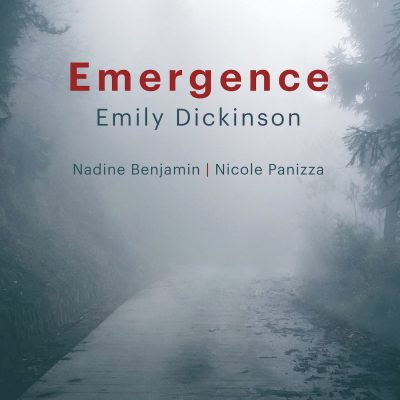 British lyric soprano Nadine Benjamin is a charismatic and versatile artist who is in increasing demand on both the operatic stage and the concert platform. She is also developing great renown as an exponent of song, in particular Verdi, Strauss, Berg and contemporary American song.

Nadine is an English National Opera Harewood Artist and made her debut with the Company in 2018 as Clara (Porgy and Bess), followed by Musetta (La bohème). She will also appear during ENO’s 2019/20 season as Laura (Luisa Miller) and First Nymph (Rusalka). On 22 June 2019, she will once again represent ENO as part of West End Live! in Trafalgar Square. Forthcoming opera engagements include Rosalinde (Die Fledermaus) with Iford Arts and Amelia (Un ballo in maschera) with Opera Holland Park.

In concert, Nadine has performed Berg’s Seven Early Songs, Canteloube’s Songs of the Auvergne, Dvorak’s Stabat Mater, Schubert’s Mass no. 5 and the soprano solos in both Mahler’s Symphony no. 4 and Handel’s Eternal Source of Light Divine. She has sung the soprano solo in Poulenc’s Gloria at Coventry Cathedral and in Villebon, France, as well as with The Waynflete Singers and the English Chamber Orchestra at Winchester Cathedral, and has given numerous solo recitals at St Paul’s Church, Covent Garden. Further performances include Barber’s Knoxville – Summer of 1915, Strauss’s Four Last Songs, Mahler 4 and the Verdi Requiem with West London Sinfonia, Poulenc’s Gloria, Dvorak’s Te Deum and Vaughan Williams’ Dona Nobis Pacem with the Cohen Ensemble, Strauss’s Four Last Songs with Norfolk Symphony Orchestra and Handel’s Messiah and Mendelssohn’s Elijah at Winchester Cathedral. Future performances include Elijah at Coventry Cathedral and a private recital at the Palazzo Doria Pamphilj in Rome. Nadine will make her debut at the BBC Proms in 2019.

Nadine created the principal role of Imoinda in the UK premiere of The Crossing, an opera by the Cuban-American composer Odaline de la Martinez, at the 5th London Festival of American Music in 2014. She has a long-running relationship with LFAM, and has performed song cycles by Bolcom, Child and Barber at the Festival as well as the European premiere of John Harbison’s Milosz Songs. At the 6th Festival in 2016, Nadine led a programme of works by female American composers, accompanied by Susanna Stranders. Nadine recorded the role of Mrs. Waters in Dame Ethel Smyth’s opera The Boatswain’s Mate for Retrospect Opera, also under the baton of de la Martinez, released in 2016 to critical acclaim and broadcast on BBC Radio 3. Accompanied by Nicole Panizza, Nadine recently recorded a selection of songs set to the poems of Emily Dickinson, which will be released in 2019.

In 2015 Nadine founded ‘Everybody Can!’ to provide a platform to encourage others to believe in themselves and to support them in recognising that whatever they envision can be achieved. She has both produced and sung titles roles in Otello and Tosca for Everybody Can! Opera. Nadine was “highly commended”at the 2016 Aviva ‘Women of the Future Awards’ and invited to both Buckingham Palace and No. 10 Downing Street in recognition of her work as a mentor and singer.

Hailed by ‘Opera Now’ magazine as one of their favourite top ten sopranos in “a new generation of sopranos who are destined to have impressive careers”, Nadine won the inaugural Fulham Opera Robert Presley Memorial Verdi Prize in 2015. Nadine recently released her debut solo CD ‘Love & Prayer’.