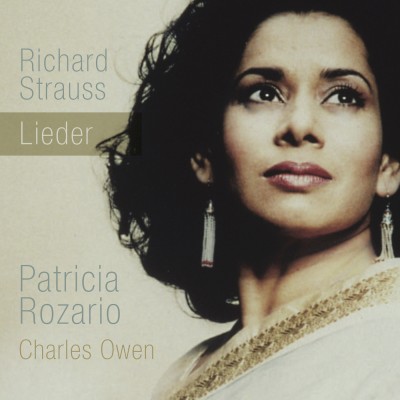 Patricia Rozario, born in Bombay, studied at London’s Guildhall School of Music, winning the Gold Medal and Maggie Teyte Prize. She also studied at the National Opera Studio in London, and won prizes at the Salzburg Mozarteum, S’Hertogenbosch International Singing Competition, Benson and Hedges Competition at Aldeburgh, and International Young Artist Competition at Tunbridge Wells. She developed a career in opera, concert work, recording and broadcasting. Her unique voice and artistry inspired over 15 established composers to write for her, notably Arvo Pärt and the late Sir John Tavener. She has sung under Pritchard, Solti, Ashkenazy, Jurowski, Belohlavek, Gardiner, Pinnock, Ivan Fischer, Hickox and Andrew Davis, has sung opera at Aix-en-Provence, Amsterdam, Lyon, Lille, Bremen, Antwerp, Wexford, ENO, Glyndebourne and Opera North, and performed concerts in Canada, USA, Russia, the Far East, Australia, Europe, and UK. She has appeared frequently at the BBC Proms. In 2010 together with pianist Mark Troop, she started a singing course, Giving Voice Society, to improve western music in India. She is Professor of singing at the Royal College of Music. She was awarded an OBE in 2001, Asian Women’s Award of Achievement in 2002, the Pravasi Bharatiya Samman, President’s Award in 2013, and FRCM in 2014.