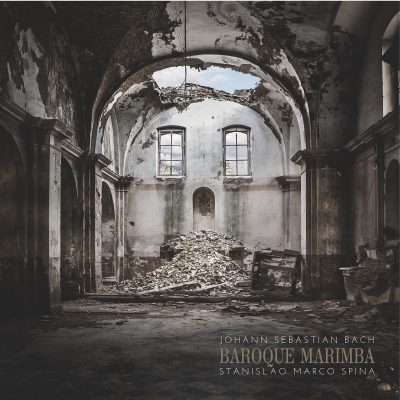 Stanislao Marco Spina was born in 1986. Under the supervision of Maestro Fulvio Panico, he graduated with Honours and Honourable Mention from the Conservatorio Tito Schipa in Lecce. He mastered his skills in Italy with Filippo Lattanzi, Danilo Grassi and Edoardo Giachino at the National Academy of Santa Cecilia, in Germany with Marta Klimasara, professor at the Stuttgarter Musikschule and in Austria with Ulrike Stadler from the Universität für Musik und Darstellende Kunst of Graz. He was awarded numerous scholarships from the National Academy of Santa Cecilia, the Ministry of Public Education of Italy, and the European Union. In 2009, he gave his solo debut with the Orchestra Tito Schipa of Lecce, performing the Concerto for Percussion and Orchestra by Milhaud conducted by Francesco Lanzillotta. He then began his concert career, performing works by Schwantner, Thomas, Reich, Ichiyanagi, Xenakis and Cowell. Later, he turned his attention to the Baroque and Classical music of Bach, Marais, Scarlatti and Mozart, and studied in depth with Emilia Fadini and Mariagrazia Lioy. He has won many awards in recognition of his work, including first prize in the LAMS City of Matera Music Competition, first prize in the Rome Premio Nazionale delle Arti 2009, third prize in the Cordoba International Marimba Competition 2011, the first Prize in the international music contest “Paolo Serrau” (Filadelfia) and the participation in the final phase of the “Southern California Marimba Competition 2014” (Los Angeles). He has worked with several orchestras and chamber ensembles, including the Orchestra dell’Opera di Parma, Magna Grecia Orchestra, Tito Schipa Orchestra, Ensemble Ritratti 2010 – Monopoli, the Ensemble 900 of the National Academy of Santa Cecilia, Wood Percussion Droops and Locomotive Percussion Orchestra, performing in Italy’s Auditorium Parco della Musica, Spain’s Euskalduna Palace and France’s Cellier Pontifical. He is professor of percussion at the Conservatorio Tito Schipa in Lecce.