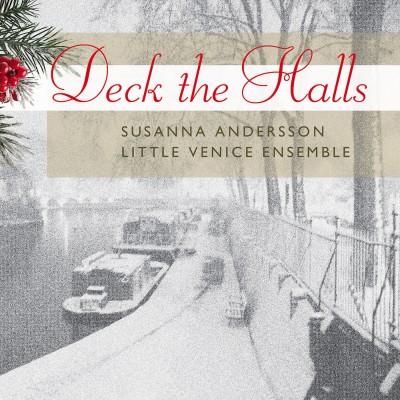 Susanna Andersson has already established herself among the top of Sweden’s young singers. Equally at home on the concert and opera stage her flexible and bright toned lyric coloratura voice has received considerable praise.

Recently Susanna made a very successful debut as Oscar/Un Ballo in Maschera at Teatro Colon, Buenos Aires and as Susanna/Le Nozze di Figaro at New Turku Opera in Finland. Her Venus and Gepopo/Le Grand Macabre in La Fura del Baus production at English National Opera, Adelaide Festival and Teatro Colon had the critics raving as well as in her Vivaldi and Handel concert with Il pomo d’oro together with Topi Lehtipuu and writer Donna Leon at the Turku Music Festival.

Susanna has also recently premiered ‘Animal Songs’, written especially for her and Helsingborg Symphony Orchestra by Albert Schnelzer, appeared in Higglety Pigglety Pop! by Oliver Knussen at the Aldeburgh Festival and at the Barbican in London, Into The Little Hill by George Benjamin with the Birmingham Contemporary Music Group and as Blondchen/Die Entführung aus dem Serail at Garsington Opera.

Born in the Swedish city of Östersund her musical education began at Ljungskile College Institute before she began studies at the Guildhall School of Music and Drama in London. While at the Guildhall Susanna won the prestigious Gold Medal Competition, graduated with a First Class Honours degree and went on to win the coveted Song Prize at the annual Kathleen Ferrier Awards.